hi, i'm magda - a goldsmith who fell in love with bones. i teach jewelry making in xerion school of goldsmithing in kraków, poland. 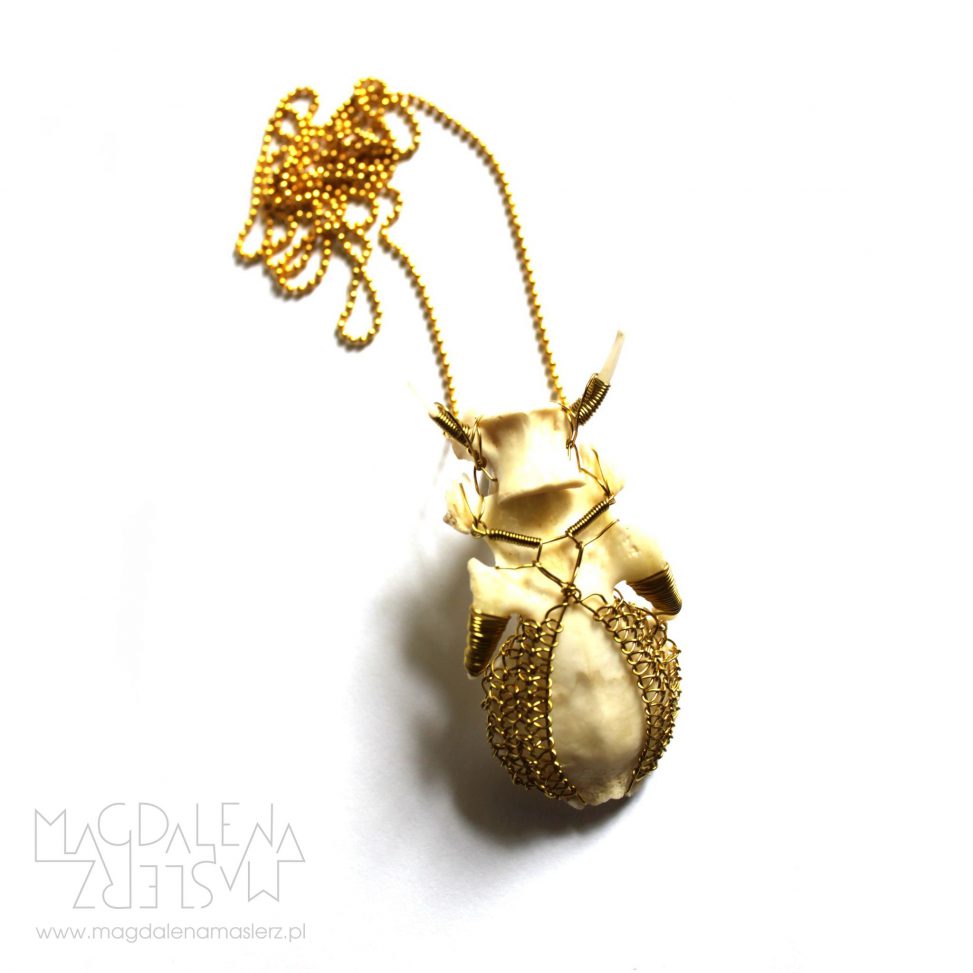 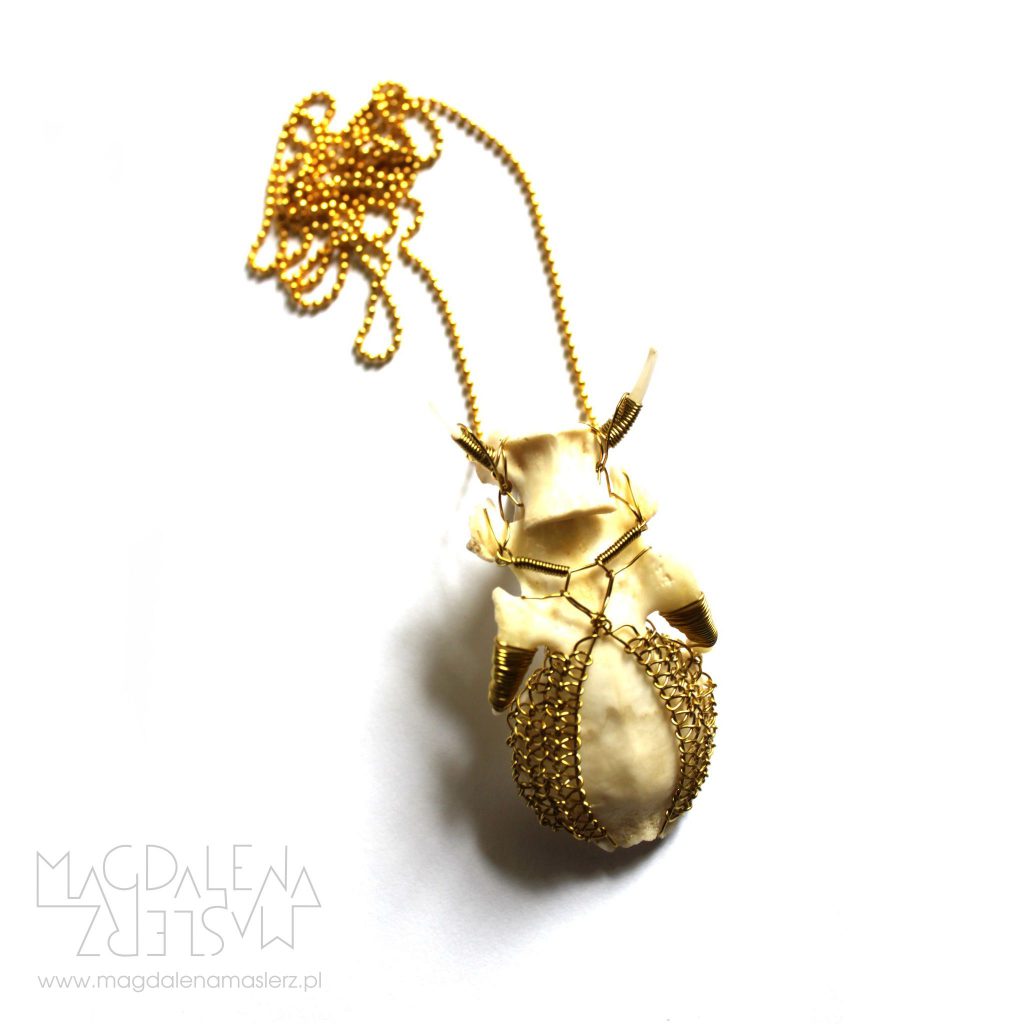 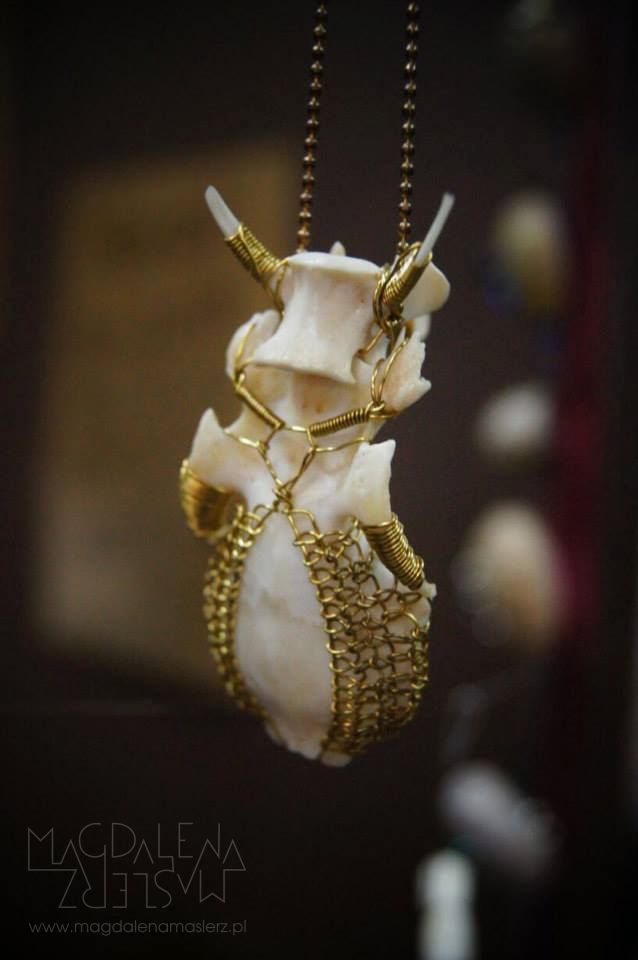 wire wrapped beetle from fish skull and bone from a spine.
size in millimetres: 59 x 30 x 25

during my travel to portugal i’ve found some bones at the seashore. i used bones of two unknown (at least for me) animals to make a beattle pendant. i used wire-wrapping technique because it reminds me nets used by fisherman. i like to think about this piece as of an animal who used to live in the sea but now it came to live on the ground to enjoy a little walk on sunshine in the shades of messing.

i made it in portugal in 2010, sent it for an exhibition in beijing, china where it was lost. after few stressful months it turned out that it was sent by mistake to greece (i’m so thankful anna vlahos that she sent it back to me!). so it seems the beetle visited more countries than me 😉