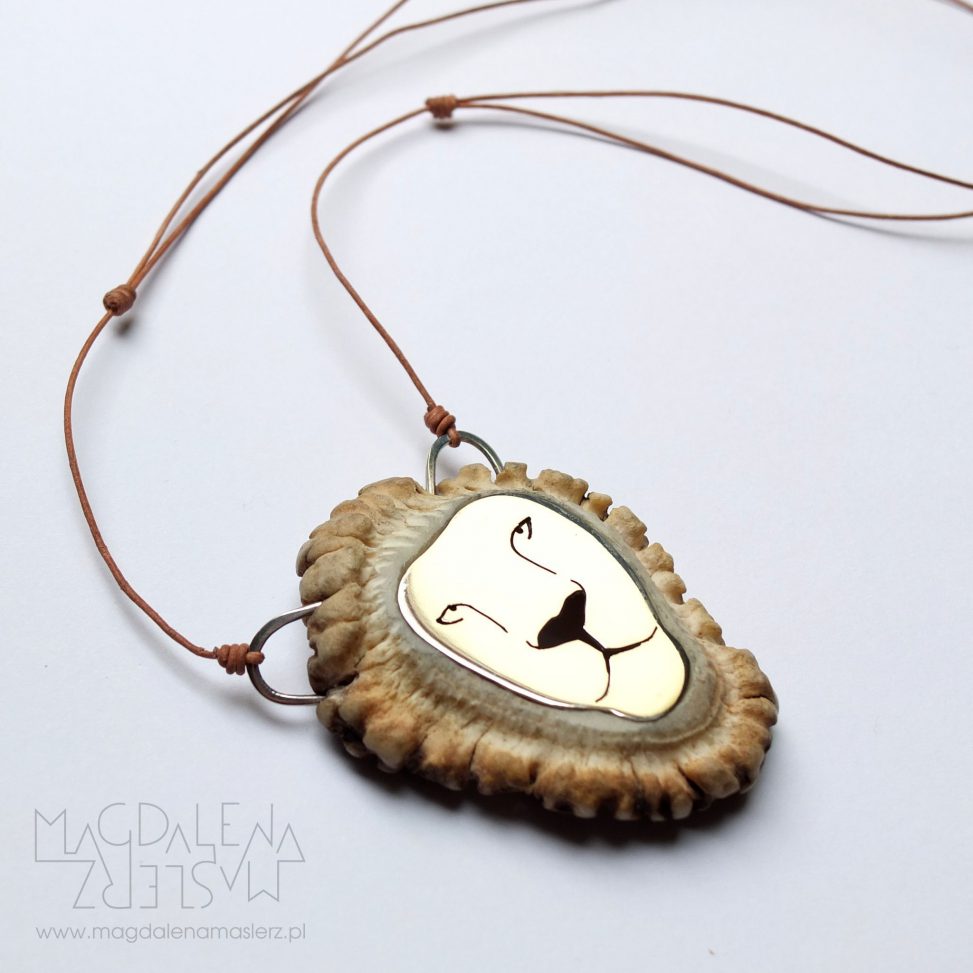 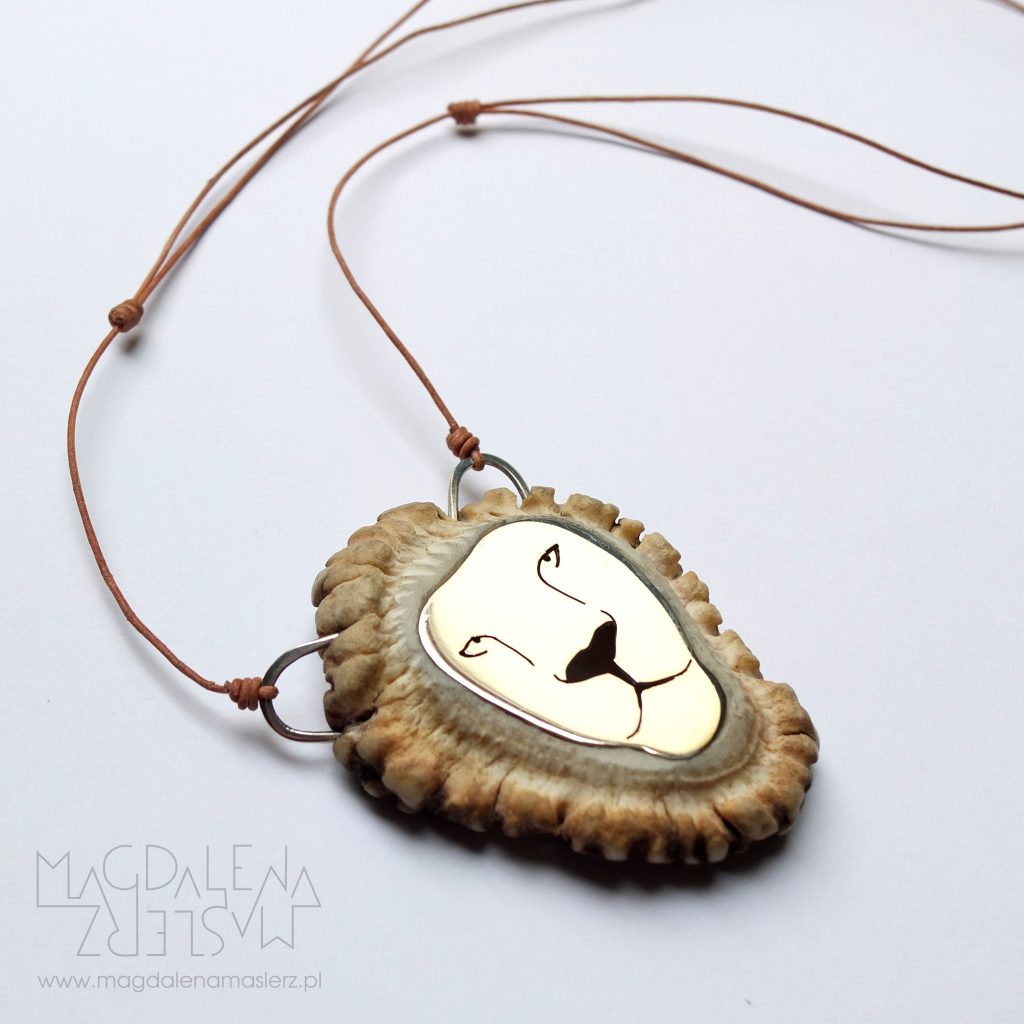 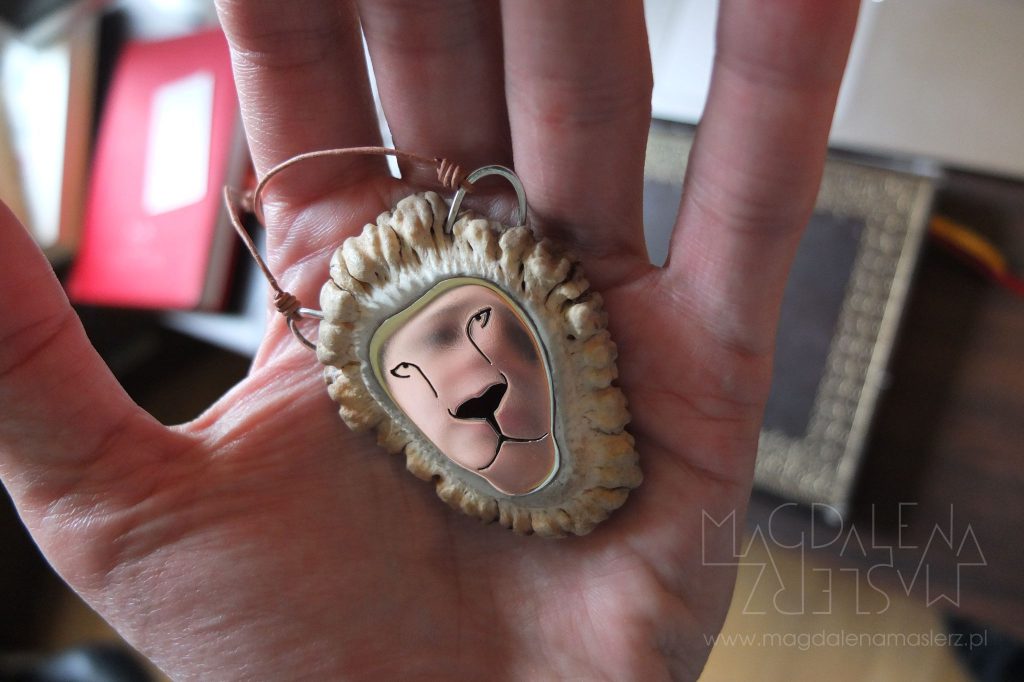 some time ago i had been given a deer antler coronet with a hole in it (it hung on a wall as a trophy before) so i decided to remove the inside of it. it laid on my desk for few months more until i looked at it, and  suddenly saw a lion’s head  – in this moment i decided to make this pendant. i find funny merging animals from the opposite camps into one piece: courageous lion and shy deer, the hunter and the hunted.

i had a great chance to show the process of making it to the children from children’s university in kraków, poland on my jewelry workshops for them.